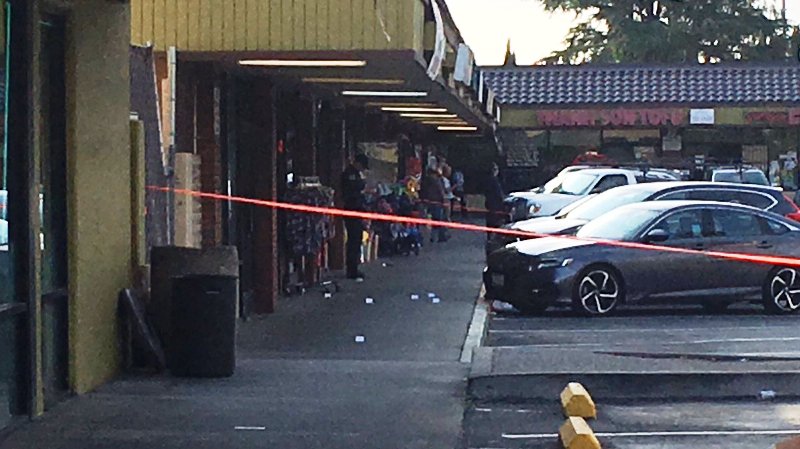 San Jose ( NBC): Three men were hospitalized following a shooting Thursday afternoon in San Jose, police said. One of the victims is suffering from life-threatening injuries.

Police said no suspects have been identified or apprehended. The motive and circumstances surrounding the shooting are under investigation.

The shooting occurred just after 1:30 p.m. on the 2800 block of Senter Road, just south of Tully Road.

Sources tell NBC Bay Area several men wearing body armor walked into a Vietnamese cafe at the strip mall and intended to rob the business. A shooting then erupted inside the business.

Police late Thursday were interviewing witnesses, with some reporting the incident sounded like firecrackers going off.

A portion of the strip mall where the shooting occurred has been blocked off by police tape. Several streets in the area have also been shut down while police investigate.