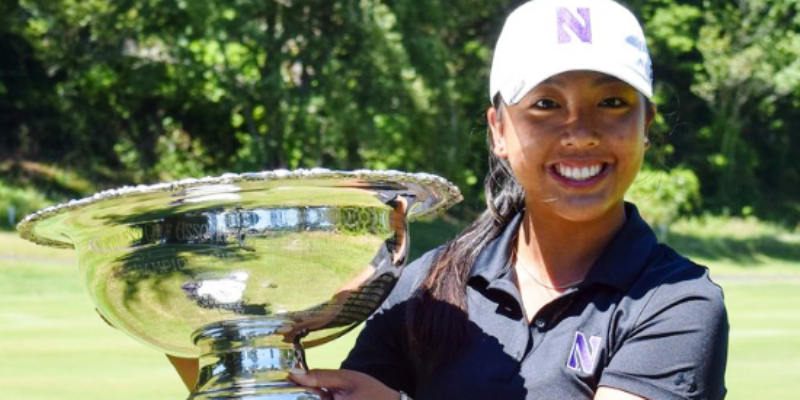 Both championships were held concurrently at Salishan Golf Links in Gleneden Beach, Ore. and were conducted by the Pacific Northwest Golf Association (PNGA).

Each championship began with 36 holes of stroke-play qualifying on July 11-12, followed by 18-hole single-elimination match play, with the final match for each being contested on Friday, July 15. The Women’s Amateur was a 36-hole final match, and the Mid-Amateur final match was contested over 18 holes.

In today’s final match in the Women’s Amateur, Nguyen found herself in a hole as she was 3-down to Arora after the first 12 holes. Then, the momentum shifted.

Nguyen went on an absolute tear, winning four of the final six holes in the morning 18 and then birdieing holes two through six in the afternoon round to build a 6-up lead. This shift in momentum was too much for Arora to overcome as she won just one hole the rest of the way and Nguyen cruised to a 7&6 victory.

“I feel pretty good, it was a really solid week and I played with some pretty amazing people,” said Nguyen, “I gained a lot of experience.”