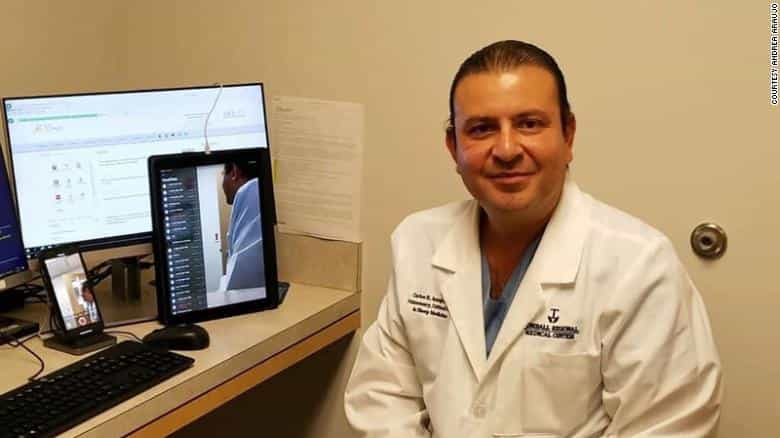 (CNN)Since the beginning of the pandemic, Dr. Carlos Araujo-Preza spent his days caring for some of the sickest Covid-19 patients in Houston.

Months later, he was admitted to the same intensive care unit where he served as critical care medical director, infected with the same disease he treated in others.
On November 30, Araujo-Preza, a physician at HCA Houston Healthcare in Tomball, Texas, died from coronavirus, his daughter told CNN. He was 51.
“To my brother and I, he was our dad, he was our hero, he was our support system,” said Andrea Araujo, 22. “To the family at large, he was a great help and a great inspiration for everybody.”

He was on the frontlines of the pandemic

Born in El Salvador, he came to the US in 1994 to continue his medical education, studying at Staten Island University Hospital in New York and Tulane University in New Orleans. In 2001, he moved to the Houston area and worked as a pulmonologist for nearly two decades.

As a physician who treated respiratory diseases, Araujo-Preza was on the frontlines of the Covid-19 pandemic almost as soon as it hit.

He was appointed the critical care medical director of the ICU, primarily treating coronavirus patients. For nearly all of April, he slept in a room in the hospital, always on call in case of emergency.
Araujo remembers seeing him for only five minutes a week during those days — every Wednesday, he would stop by her house to say hello.
Though his family worried for his safety, he considered the work his calling, Araujo said.
“He was so brave,” she said. “He loved medicine and he loved helping patients. He was so excited to wake up every day and go help people.”