(CNN) — Vietnamese cuisine doesn’t win any points for complexity. Many of the most popular dishes can be made just as well on the side of the road as in a top-end restaurant.
But it’s precisely this simplicity, the subtle variations by region and the fresh ingredients that keep us pulling up a plastic stool for more.
(CNN have ranked Bánh Mì at the 31st  spot) 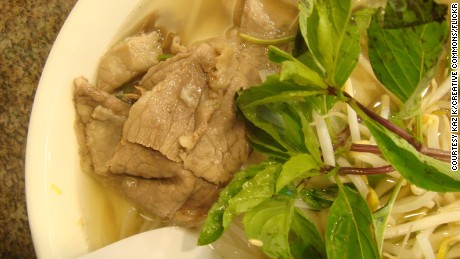 Cheap can be tasty too.
What list of Vietnamese cuisine would be complete without pho? It’s almost impossible to walk a block in Vietnam’s major cities without bumping into a crowd of hungry patrons slurping noodles at a makeshift pho stand.
This simple staple consisting of a salty broth, fresh rice noodles, a sprinkling of herbs and chicken or beef, features predominately in the local diet — and understandably so. It’s cheap, tasty, and widely available at all hours. 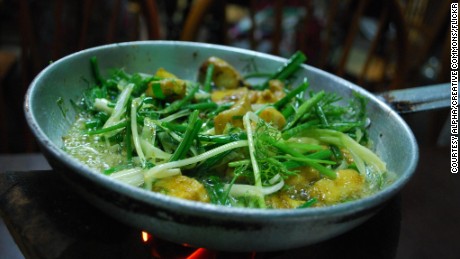 A food so good they named a street after it.
Hanoians consider cha ca to be so exceptional that there is a street in the capital dedicated to these fried morsels of fish.
This namesake alley is home to Cha Ca La Vong, which serves sizzling chunks of fish seasoned with garlic, ginger, turmeric and dill on a hot pan tableside. 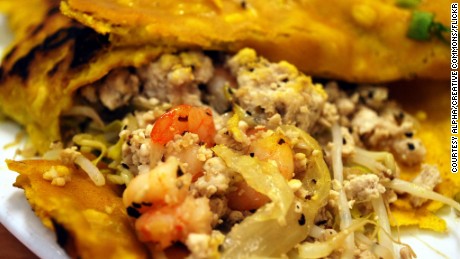 A crepe you won’t forget.
A good banh xeo is a crispy crepe bulging with pork, shrimp, and bean sprouts, plus the garnish of fresh herbs that are characteristic of most authentic Vietnamese dishes.
To enjoy one like a local, cut it into manageable slices, roll it up in rice paper or lettuce leaves and dunk it in whatever special sauce the chef has mixed up for you. 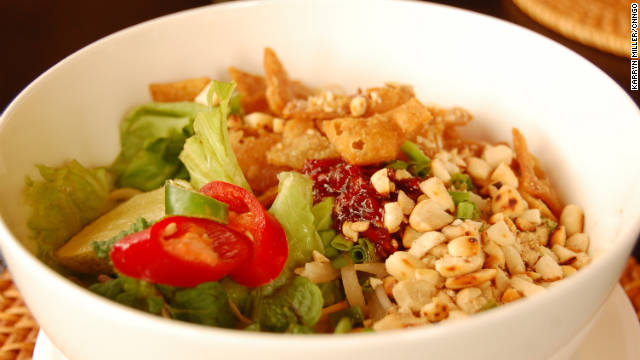 Soft, crunchy, sweet, spicy — a bowl of contrasts.
This pork noodle dish from Hoi An is a bit like the various cultures that visited the trading port at its prime. The thicker noodles are similar to Japanese udon, the crispy won-ton crackers and pork are a Chinese touch, while the broth and herbs are clearly Vietnamese.
Authentic cau lao is made only with water drawn from the local Ba Le well.
Đọc thêm

Some might call it river weed — with good reason — but that doesn’t stop the masses from scarfing down platefuls of morning glory, usually stir-fried and seasoned with slithers of potent garlic.
Rau muong is common at Vietnamese restaurants and beer gardens.

Vietnam’s bite-sized crunchy spring rolls might not enjoy the same popularity as their healthier fresh equivalent, but they deserve a special mention.
The crispy shell with a soft veggie and meat filling dunked in a tangy sauce gets the gastronomic juices flowing before a main course. In the north these parcels go by the name nem ran while southerners call them cha gio. 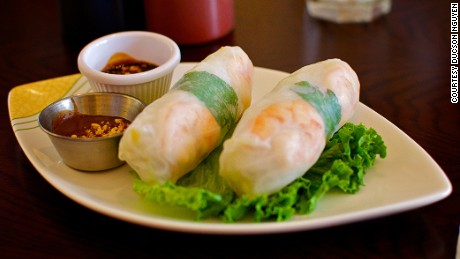 A healthier choice for spring roll fans.
These light and healthy fresh spring rolls are a wholesome choice when you’ve been indulging in too much of the fried food in Vietnam.
The translucent parcels are first packed with salad greens, a slither of meat or seafood and a layer of coriander, before being neatly rolled and dunked in Vietnam’s favorite condiment — fish sauce.

Central Vietnam’s take on noodles caters to carnivores with its meaty broth and piles of beef and pork. The thick slippery rice noodles also make for a heartier meal than noodles found in the north and south. 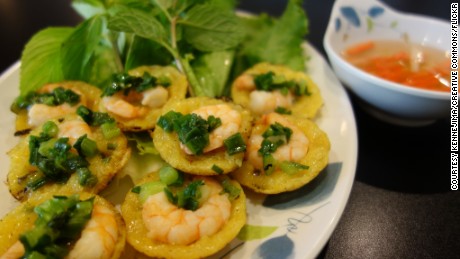 Bite-size, delightful Vietnamese pancakes.
This dainty variation of a Vietnamese pancake has all the same tasty ingredients but is a fraction of the size. Each banh knot can be scoffed in one ambitious but satisfying mouthful.
The crunchy outside is made using coconut milk and the filling usually consists of shrimp, mung beans, and spring onions with a dusting of dried shrimp flakes on top.
Chia sẻ FacebookEmailFacebook MessengerWhatsApp