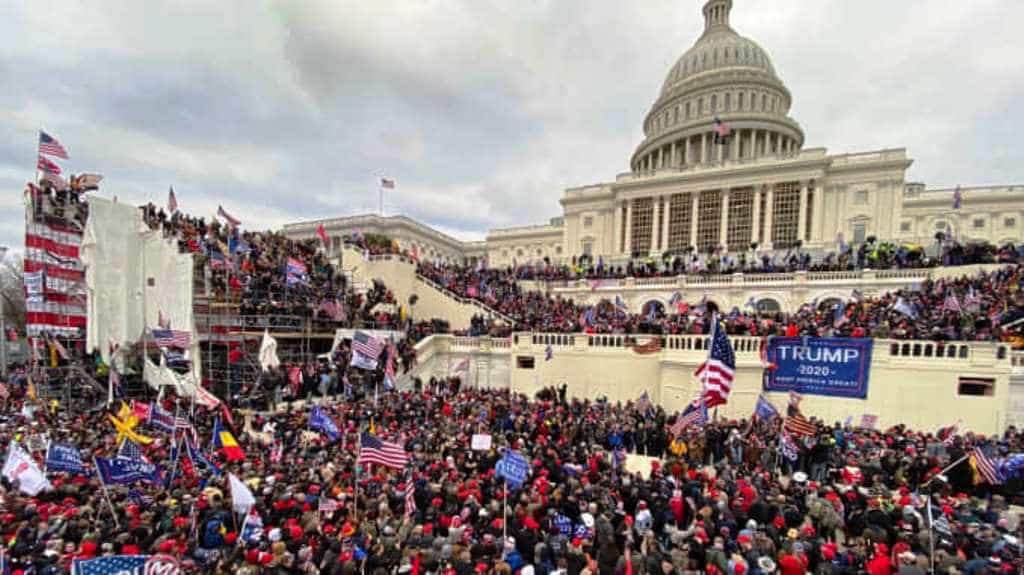 (NBC): Twitter removed three tweets from the account of President Donald Trump on Wednesday and suspended his account for 12 hours after he continued to push conspiracy theories about the election after a mob stormed the U.S. Capitol.

The company also warned that further violations of its rules “will result in permanent suspension” of Trump’s Twitter account.

One of the tweets included a video of Trump repeating unfounded claims that the election was taken from him and encouraging his supporters to disperse after violence erupted at the Capitol. He said that law and order were needed and that he loved his supporters.

Twitter removed Trump’s post after initially having prohibited it from being retweeted or replied to. It had added a tag to the post that read, “This claim of election fraud is disputed, and this Tweet can’t be replied to, Retweeted, or liked due to a risk of violence.” Twitter also removed a subsequent tweet by Trump.

The removals are dramatic steps given past hesitancy to curb the speech of political figures, such as the president. Twitter and Facebook have placed fact-check labels on some of Trump’s posts in the past when they included information that violated their rules, and Twitter has temporarily locked his personal and campaign accounts before.

YouTube said in a statement that the video violated “policies regarding content that alleges widespread fraud or errors changed the outcome.” Facebook said: “The violent protests in the Capitol today are a disgrace. We prohibit incitement and calls for violence on our platform. We are actively reviewing and removing any content that breaks these rules.”