Former evacuee from Vietnam gives back to Guam 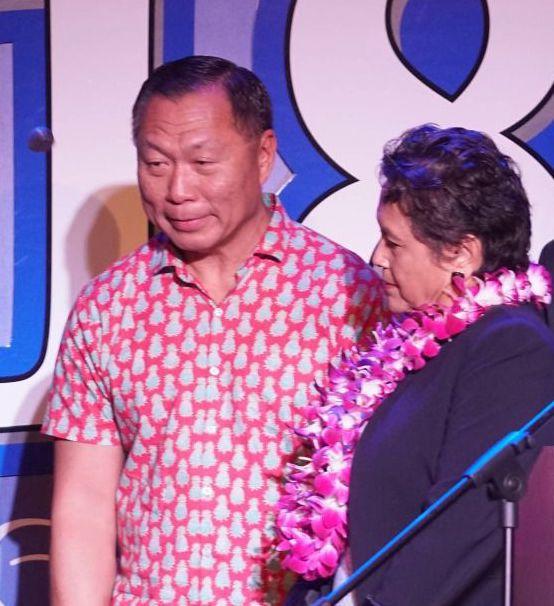 (The Guam Daily Post): As a young boy, Dr. Hoa Van Nguyen came to Guam from a country torn apart by war.

Fleeing the fall of Saigon, his family was part of the more than 130,000 people evacuated from Vietnam by air and sea during Operation New Life. Over the course of only a few months, a total of 111,919 Vietnamese would be housed temporarily in the Tent City at Camp Asan on Guam. It was the spring of 1975 when a 12-year-old Hoa Nguyen arrived on Guam with his mother, an older brother and two younger sisters as Vietnam War refugees.

Now, Dr. Nguyen gratefully recalls being a small boy treated with kindness by the Guamanians he met during his first days in America. As a well-trained American physician, Nguyen chose to build his medical practice on Guam and help improve health care for the people of his adopted island home.

With much personal effort and family discipline, Nguyen received an Air Force scholarship and completed his medical degree at the University of South Alabama. He completed his family practice residency at Eglin Air Force Base in Florida and eventually came to serve on Guam as a flight surgeon at Andersen Air Force Base. He also served as the base’s clinic medical director.

While still in active military duty, Dr. Nguyen spent many hours moonlighting in the Guam Memorial Hospital emergency room caring for civilian patients. He eventually started his private practice first at The Doctor’s Clinic in Tamuning and then at PMC Isla Health Systems in Dededo. He also came to serve as state air surgeon in the Guam Air National Guard, until he retired in 2013.

In 2005, Dr. Nguyen and I co-founded the American Medical Center on the belief that the people of Guam deserve better access to world-class medical care. In May 2005, AMC opened in Upper Tumon with four physicians and a lean medical and administrative staff. AMC now includes 12 primary care physicians and medical specialists working with behavioral health professionals and physical therapy experts to provide one of the most comprehensive health care systems in all of the Western Pacific.

Nguyen’s real and sympathetic interest in the people of Guam is no better demonstrated than in his willingness to be a mentor and a teacher to his fellow physicians as well as to other allied health professionals. Under his leadership, AMC has become a training ground for Guam’s next generation of health professionals. Over the past 12 years, more than 30 student physicians and several hundred allied health students have benefited from clinical clerkships at AMC. Dr. Nguyen has personally mentored numerous Guam-born physicians and supported their efforts to return home to serve their island people.

As a leader in his field, Dr. Nguyen teaches that duty to patient care should come before personal comfort. Faced with almost unceasing demand from a medically underserved population, he cheerfully models an honest, blue-collar work ethic toward health care delivery to our island community. When challenged with longer work hours and feverishly sick patients, Dr. Nguyen will often whistle happily and roll up his sleeves to go to work.