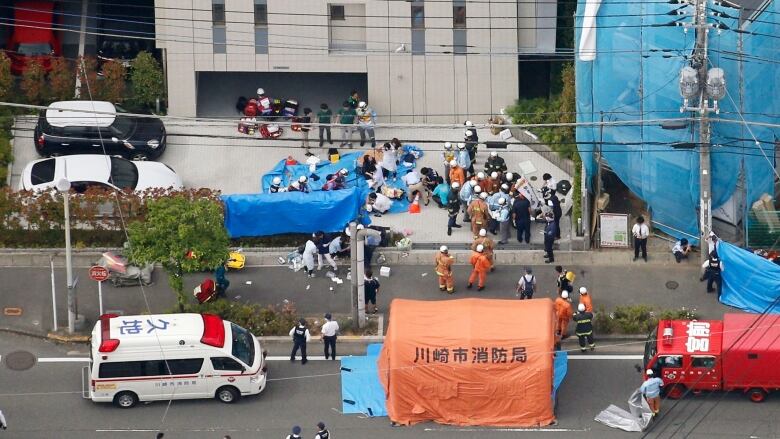 Two children and an adult were without vital signs after the attack in Kawasaki city, southwest of central Tokyo, NHK said, citing police.

A suspect was detained on the spot and was badly hurt after stabbing himself in the shoulder, NHK said.

It said the man, likely in his 40s to 50s, began slashing at people waiting at a bus stop. Two knives, along with some victims, were found in a nearby park, according to NHK.