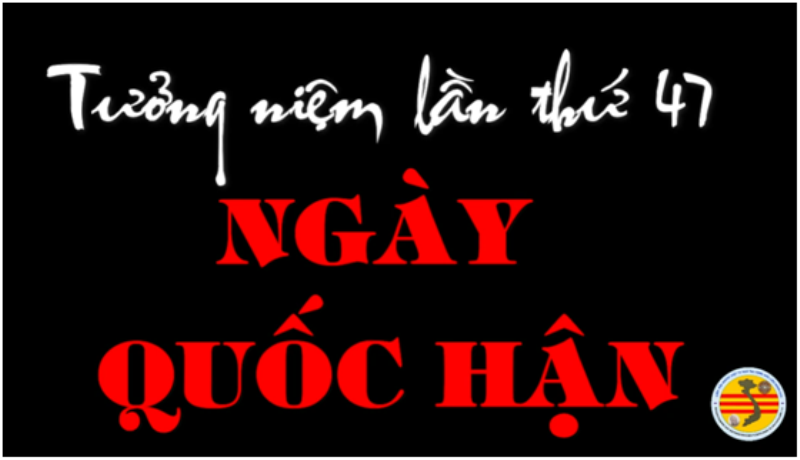 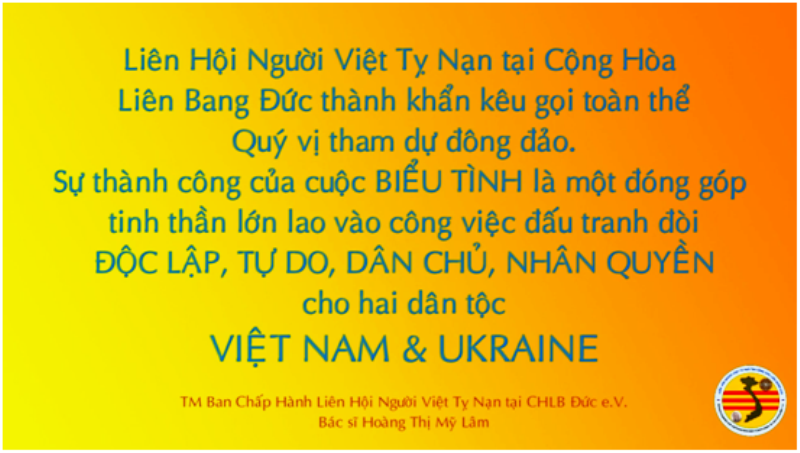 Berlin 06 April 2022
Ladies and Gentlemen,
Black April is a historic national day of mourning of Vietnamese people who respect human rights. Despite the peace agreement of 27.1.1973, the communist army of North Vietnam invaded Saigon on 30.4.1975. Soon after, the tragedy of the boat people began. Even life-threatening dangers, millions of Vietnamese have fled a regime that tolerates neither an independent judiciary nor freedom of expression in the country.
Since 47 years, Vietnam’s political system has been shaped by communist dictatorship. From all these years the Vietnamese people have suffered from severe restrictions on freedom of expression, press, assembly and religion as well as on the activities of civil society.
According to a Human Rights Watch publication dated 3/24/2022, there are currently more than 150 nonviolent political prisoners in Vietnam, including 19 journalists plus 24 bloggers and citizen journalists. On the ranking of press freedom, Vietnam ranks 175th out of 180.
Additionally, the Socialist Republic of Vietnam puts the interests of the Communist Party above national interests and is ready to act as a stooge for Russia and China.
Typically, Vietnam abstained from voting at the United Nations on the resolution condemning Russia’s war of aggression against Ukraine. The abstention of Vietnam’s rulers clearly reveals the vassal solidarity with like-minded China and the silent support of the aggressor Putin, which, however, does not correspond to the peaceful Vietnamese folk tradition.
The Putin War reminds people of the Vietnam War because of its brutal aggression and slander tactics. However, with the help of modern information technology, the actual events can no longer be hidden as in the last century.
Therefore, the Association of Vietnamese Refugees of the Federal Republic of Germany calls on Putin to stop hostilities, end atrocities and immediately withdraw all troops from Ukraina.
At the demonstration of the 47th Vietnamese National Day of Mourning
on Saturday, April 30, 2022, from 2:30 p.m. to 3:30 p.m. at the Brandenburg Tor Berlin
we will also pray for peace for Ukraina.

Join us to defend freedom, sovereignty for the oppressed peoples

May dictatorships soon disappear from our world!
May God bless Ukraine!

Sincerely,
Dr. med. Thi My Lam Hoang
Chairwoman of the Association of Vietnamese Refugees of the Federal Republic of Germany e.V. 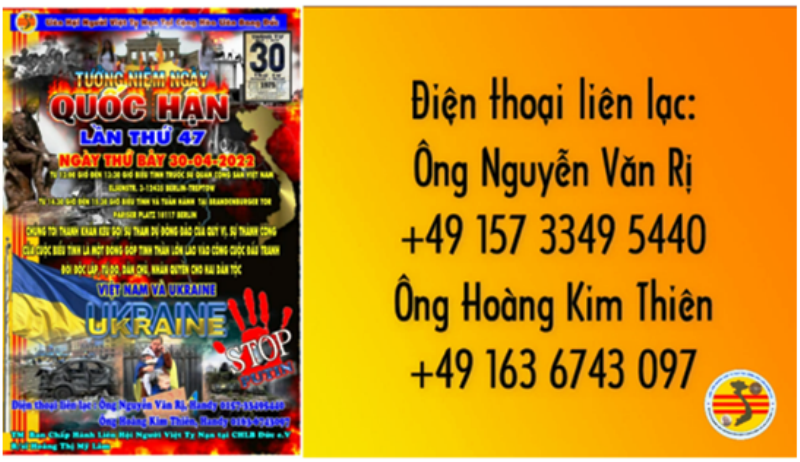 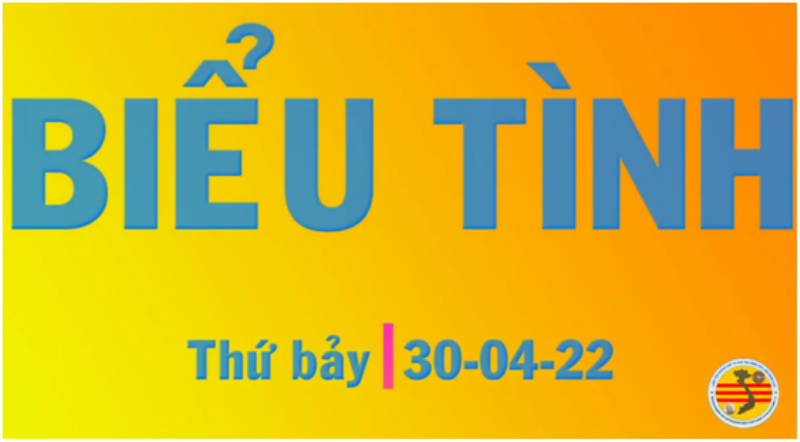 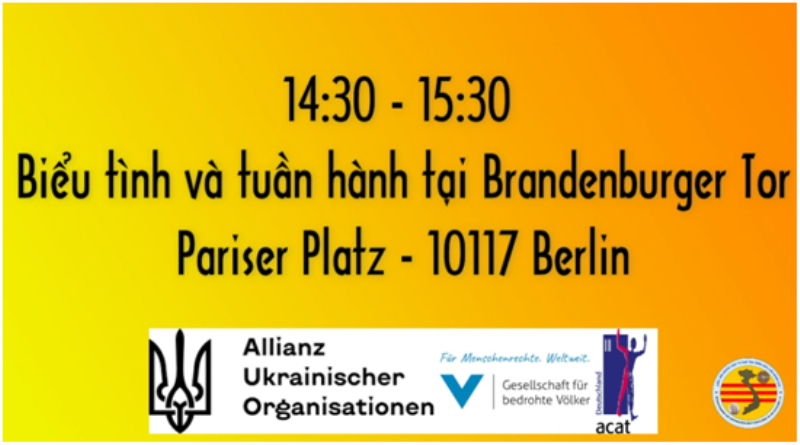