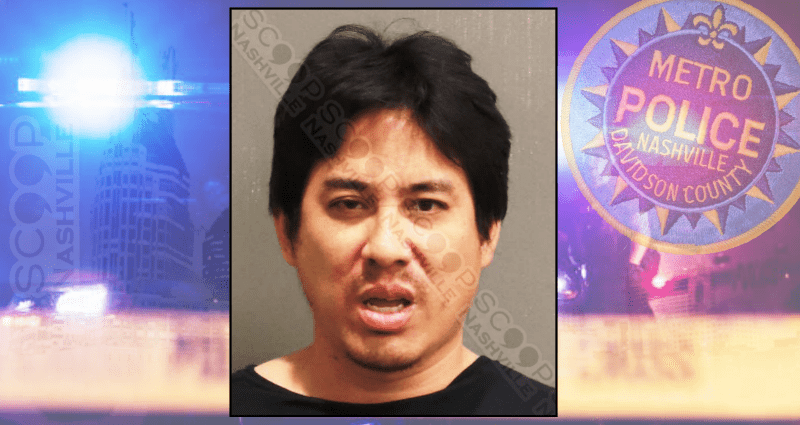 Nashville, Tennessee: ( Scoop Nashville): 39-year-old Andrew Nguyen is jailed in lieu of a $5,100 bond after Metro Nashville Police say he sexually assaulted a woman in downtown Nashville late Friday night. Witnesses first observed the man kneeling down and looking underneath a woman’s skirt before he then reached so far underneath that he “groped her v—–” according to the victim. The victim says as she turned around when the incident happened he was just standing there staring at her, maintaining eye contact. Nguyen is charged with sexual battery and public intoxication.