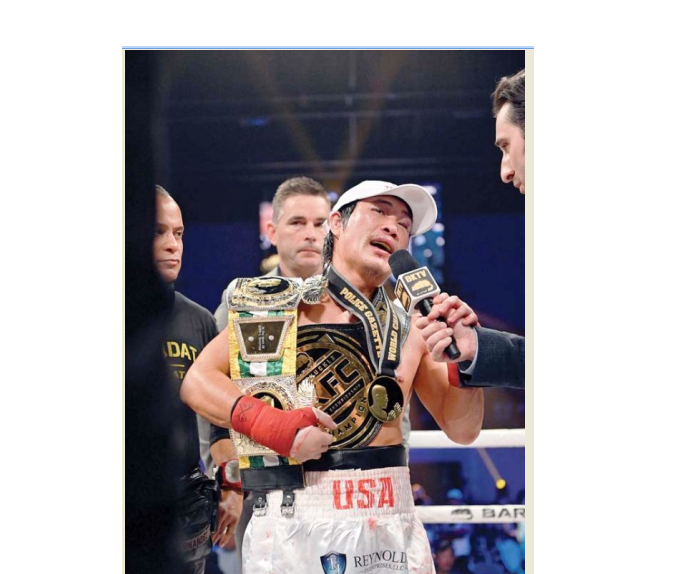 Hawaii ( the Maui News ):
At 39 years old, with a 23-3 professional boxing record and a 135-pound title already on his resume, Dat Nguyen is taking a big step up on Friday night in Miami at Bare Knuckle Fighting Championship 22.

Nguyen is quite direct on why he took the fight against Palomino.

“He likes to bully other people and belittle other people, that’s why I chose to fight him,” Nguyen said via phone after a workout on Wednesday. “At first I didn’t know his real personality, but after I get to find out what kind of person he is. … You know, once you fight an opponent, you get to see right through him and I just don’t like this guy. He’s one of the punks that rolls up in the streets and, you know, he bullies everybody.”

Nguyen, who beat Johnny Bedford to claim the BKFC 135-pound world title in February, will never forget where he came from.
“I grew up on Maui and you know that’s my home away from home, my family still lives there,” he said. “So, my whole family is all tuning in and you know, like I said, I left Maui for the opportunity and it is still considered my home. And if I have the opportunity to go back there and live there again in the future, that’s what I’m going to do, retire there on my island.

“I love that place and I grew up there with all my friends and all the people there at a young age, so that’s considered my home.”

For Nguyen (3-0 in BKFC), who now fights out of Florida, Maui will be on his mind in the ring against Palomino (4-0).