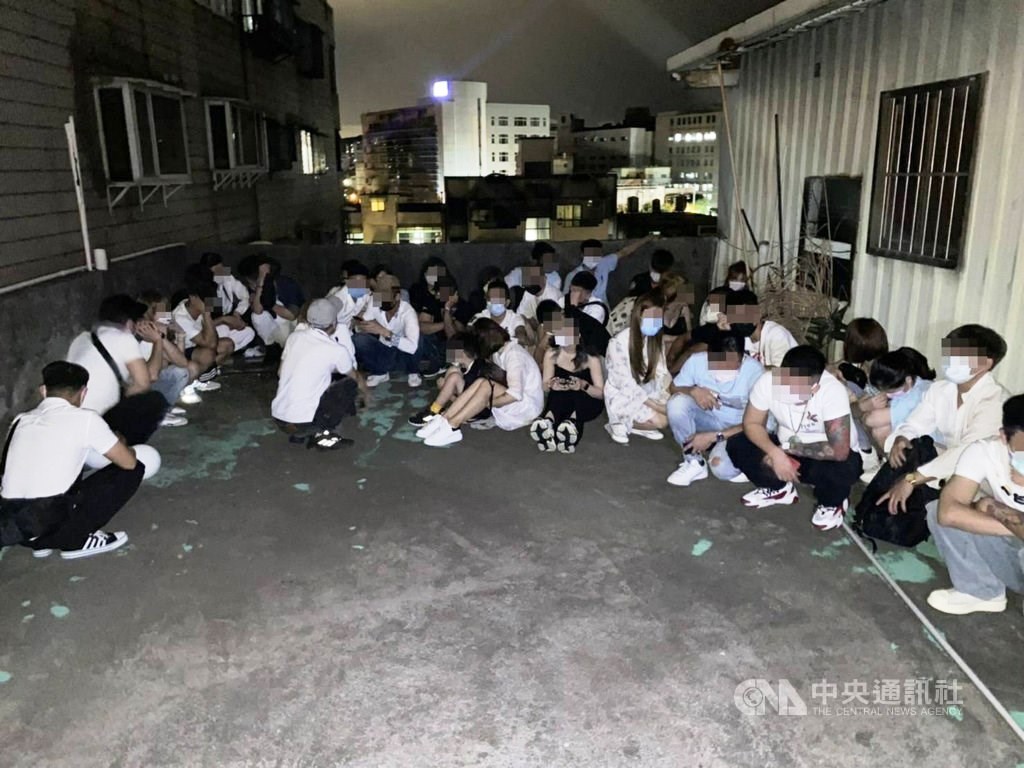 Taoyuan, Sept. 13 (CNA) Almost 100 migrant workers from Vietnam were caught gathering at a restaurant in Taoyuan on Sunday, in violation of the central government’s COVID-19 regulations on indoor gatherings which are capped at 80, local police said Monday.

Acting on a tip-off received at around 8:30 p.m. Sunday about undocumented migrant workers gathering for a party at a restaurant on Taoying Rd., police went to the restaurant run by a Vietnamese woman surnamed Nguyen, 33, according to Hsieh Ching-hua (謝青樺), the head of Dashu Police Station.

Upon their arrival, police heard noise inside though the restaurant’s roll-up door was pulled down. Several police officers were assigned to guard the front and back doors to prevent people inside from running away and Nguyen was asked to show up at the restaurant, according to Hsieh.

Directed by Nguyen, restaurant employees then pulled up the front door and police found that in addition to around 40 people on the ground floor, around 50 others had gone into hiding on the top floor.

Among the customers were two male undocumented migrant workers and a female migrant worker who had overstayed her visa, who will all be referred to the National Immigration Agency’s special task force in Taoyuan for further action.