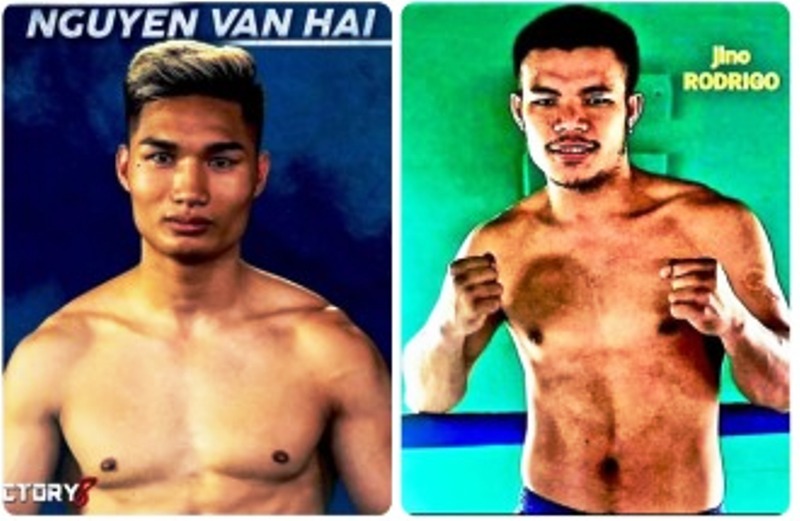 The fight will fire up the ring as part of an exciting event in March in Manila, headlined by unbeaten hard-hitting Davaeño super featherweight “King’s Warrior” Charly Suarez (9-0, 6 KO’s)

The Vietnamese 135-pounder Nguyen Van Hai has long been regarded as a excellent, experienced amateur fighter, although he hasn’t seen any action at all in 30 long months. 😬

Still, Hai has kept himself running, working out, sparring, and profusely sweating every day in the gym, with the mind set of “never giving up.”

But due to limited opportunities to battle as a pro, Nguyen Van Hai hasn’t fought much, currently being unbeaten in just 2 fights one of them he won by KO.

That’s why, Nguyen Van Hai signed with VSP Boxing Promotions last year, in an attempt to kick off his pro boxing career, searching for a brighter future for his family.

However, he has been unable to fight due to Covid and ongoing global travel restrictions. 🦠😬

So, Nguyen Van Hai’s coming fight in Manila will be his first battle in long, long time as well as his first major battle for VSP Promotions.

VSP Promotions is the Vietnamese boxing outfit that has managed to stage 5 fight events in the Philippines this year in partnership with Elorde Promotions.

Notably, the friendly Nguyen Van Hai has always been a natural lightweight (135 pounds).

However, he has been requested to go up to 141 pounds for his war in the Philippines against the naturally much bigger Jino Rodrigo.

The kind and brave Vietnamese said “Yes sir, sure, I can do it.”

Meanwhile, his opponent, Jino Rodrigo has been in outstanding form this year who, last July, defeated battle-tested Roberto Gonzales (28-7-1, 17 KO’s) of Agoncillo, Batangas.

Plus, he is having a really big battle ahead in a couple of weeks against really tough Cebuano former WBA featherweight interim champ “El Kapitan” Jhack Tepora who has been a fighter of Cebu’s Omega Gym.