Ontario couple pledges $100M for endowment, one of Canada’s biggest ever 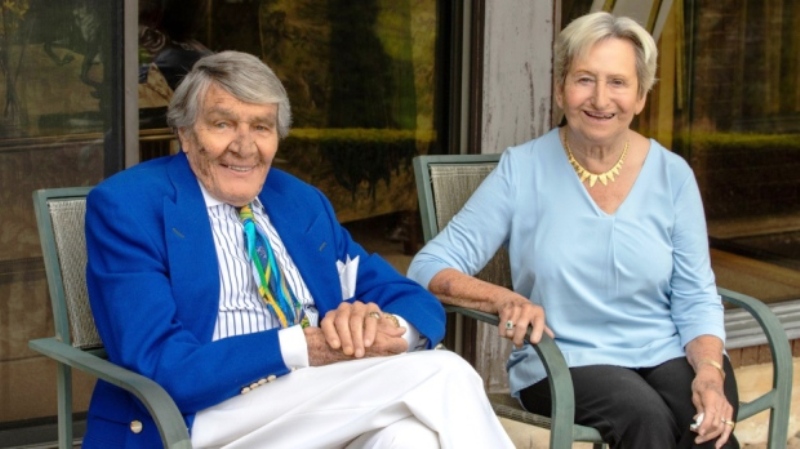 Hamilton (CTV): A wealthy couple who built their fortune as owners of a horse racing track in Hamilton, Ont. is pledging more than $100 million to support health research in their community – a massive donation that they hope will encourage others to do the same.

Charles and Margaret Juravinski, who have already donated millions to supporting healthcare initiatives, announced Wednesday that they are creating the multi-million dollar endowment, one of the largest legacy gifts ever given in Canada.

“We have learned that sharing our resources is in itself like a drug – one with a euphoric and healing effect. Simply put, nothing feels better than to help others feel better,” the couple said in a letter to the community.

“It brings us great pleasure to think that when we are gone, our legacy to this community may be measured in the good health of those who come after us.”

The endowment will provide up to $5 million per year in perpetuity to the Juravinski Research Centre, which will support McMaster University, Hamilton Health Sciences and St. Joseph’s Healthcare Hamilton.

The funds will support research across a range of fields, including mental health, lung and respiratory care, cancer, and diseases of aging. A committee of eight members will set goals and establish priorities for the money.

In their letter, the Juravinskis described growing up poor during the Depression and watching their parents struggle to make ends meet.

“We have never forgotten the humiliation and hardship our parents endured trying to raise their families, at times without any apparent resources at all. Their example motivated us to bear down and make sacrifices to become financially secure,” they wrote.

As adults, the couple would grow up to become millionaires. Charles Juravinski founded the Flamboro Downs, a horse racing track in Hamilton, in 1975. In 2002, he sold the racetrack for $72 million.

The couple said that managing the racetrack brought them “many rewards,” and they now want to share their fortune with the community they love.

“We knew that no matter one’s age or station in life, that everyone who lacks good health is equally vulnerable. There is no worry that compares to being sick or disabled and not knowing how things will turn out,” they wrote.

“We figured that if we could help relieve or even cancel some of that worry for the families of our community, that we would be pleased.”

“By enabling collaborative research into mental health care, lung and respiratory health, oncology, and diseases of aging, the Juravinskis’ gift will impact not only patients and families in Hamilton, but countless others around the world for generations to come,” Stewart said in a statement.