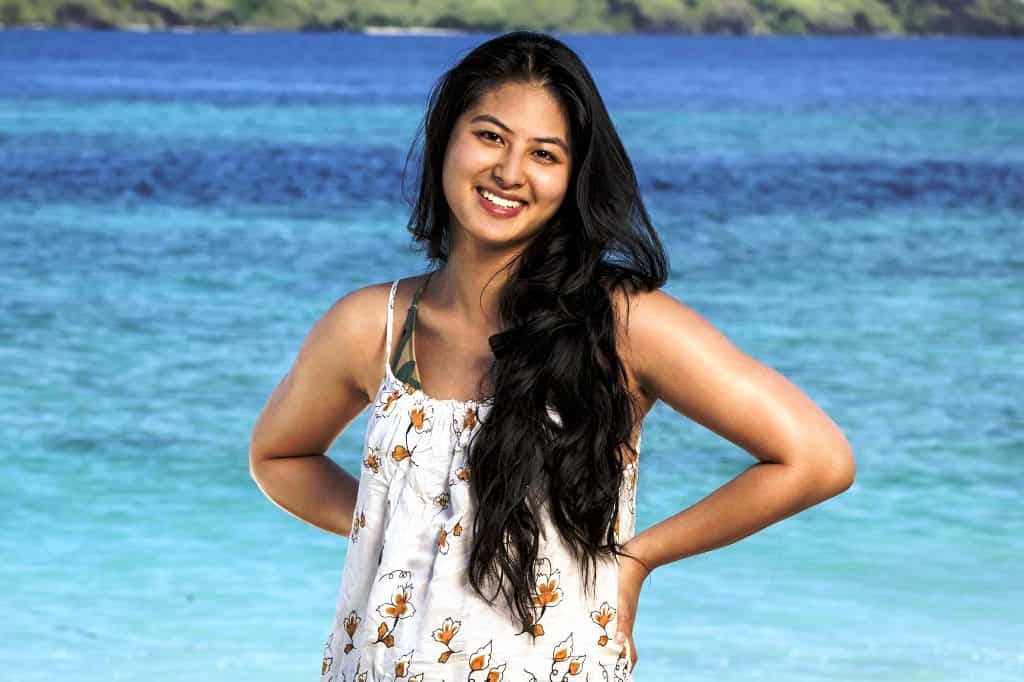 ENTERTAINMENT WEEKLY: First off, give the update as to what you’ve been up to since appearing on Survivor.

SIMONE NGUYEN: I married the love of my life, a beautiful Taiwanese-American man from the midwest. It’s been two years and that still hasn’t gotten old. I also relocated from NYC to L.A., though I’m back on the east coast due to the pandemic — I missed the pace of life too much! I’m in my third and final year of law school at UCLA, where I specialize in Critical Race Studies. I’m pretty immersed in different student groups and academic projects there; among other things, I was a research assistant for the iconic Kimberlé Crenshaw, and engage in a lot of real tribal nation-building through UCLA’s Tribal Legal Development Clinic.

What is your proudest moment ever from playing Survivor?

First, I’m starting off with a caveat that this answer changes depending on my mood and memory on the particular day that people ask me. Today happens to be a day when I look back and am flabbergasted that I ever thought I could go camping, let alone do it televised. So I guess the moment I jumped off the boat instead of having a panic attack?

What is your biggest regret from your Survivor experience?

I forgot to pack up my whole Uniqlo suit on my way to Tribal Council! That was a nice suit. Cost me like… $50.

What’s something that will blow fans’ minds that happened out there in your season but never made it to TV?

I’m so sorry for the boring answer, but there’s no way that you could ever capture the Fiji nighttime sky in all its glory. Even city girls can appreciate that. I know you might be fishing for some drama, but years back, there’s no drama more powerful than feeling how small you are under an immense sky. I was left out of most interpersonal stuff anyway.

How do you feel about the edit you got on the show?

I wish that I could say that I’m less embarrassing in real life, but I’m not.

What was it like coming back to regular society after being out there? Was there culture shock or an adjustment coming back?

Eh, reality television is just a different way for regular society to be. It’s a highly controlled environment where production tells you what you are and are not allowed to do, but it’s not exactly prison. No real adjustment for me, but that may because I wasn’t there that long.

Was there ever a point either during the game or after you got back where you regretted going on the show?

Have you ever listened to a recording of your own voice and cringed? Like, why do I sound like that? When I was watching myself back — which I was forced to do so that I could properly do my exit interviews, it was exactly that, multiplied by a hundred, in front of eight million people. But you know, the embarrassment passes, and then you’re glad that you got to feel such an intense feeling and unique experience.

Whom do you still talk, text, or email with the most from your season?

Katrina, the first boot who I bonded with on Ponderosa, was actually a guest at my wedding!

Do you still watch Survivor, and if so, what’s your favorite season you were not on and why?

I do still watch Survivor, but the interest has tapered a bit now that I’ve parted the kimono on the movie magic. I liked not knowing all the behind-the-scenes stuff — makes watching so much more surprising! I really liked Ghost Island, though — James Lim was so easy on the eyes.

Who’s one player from another Survivor season you wish you could have played with or against and why?

Maybe Jacob Derwin? I like his music and listen to it now, lol.

If you could make one change to any aspect of Survivor, what would it be and why?

Finally, would you play again if asked?