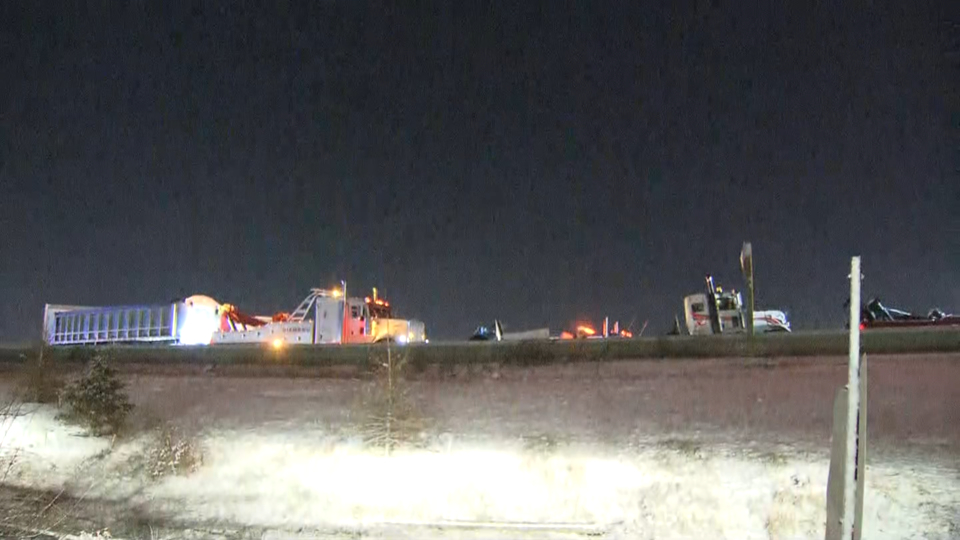 The eastbound lanes of Highway 401 were shut down approaching Eglinton Avenue around 4 a.m.

OPP said the lanes began to reopen around 6 a.m.

As well, southbound Highway 427 was closed at Highway 409 after two tractor-trailers crashed and then jackknifed.

No serious injuries were reported.

There has been no word if weather was a factor in either crash.

The OPP have not said how long both sections of the highway will be closed.