Trump has signaled he won’t accept an election loss. 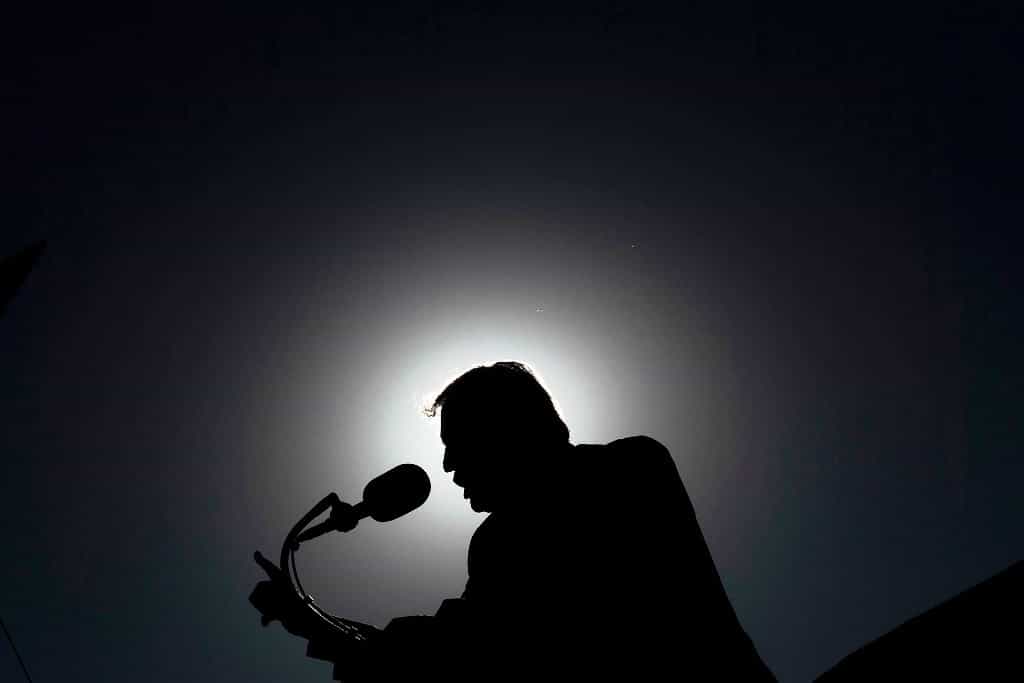 PHOENIX (NBC) President Donald Trump has refused to say he’d accept the results of the election in the event that he loses, and in the closing days of the race, some of his supporters have taken his faulty or unsubstantiated claims about voter fraud to heart.

At a packed outdoor rally in this battleground state Wednesday, Trump said the polls that show him trailing the Democratic nominee Joe Biden are “fake,” drawing boos from the crowd and raising their expectations of victory. He also said he feared voter fraud, which studies have repeatedly found to be extremely rare, and in most cases nonexistent.

Followers are echoing his claims.

If the president loses, “I think it will be complete voter fraud,” Tammy Byler, 54, an operations manager in Waddell, Arizona, said. “There’s so much voter fraud happening.”

Byler, who said she follows QAnon, a far-right conspiracy theory, expressed confidence that Trump would win the popular and the electoral vote. She said she doesn’t believe he could legitimately get fewer votes than his opponent. “Let’s look at the crowds,” she said. “Joe Biden barely gets any.”

The sprouting seeds of doubt point to a major challenge for Biden if he gets elected and seeks to unify the country. No major U.S. presidential candidate has ever refused to accept an election outcome. Rejecting its legitimacy based on faulty theories wouldn’t change the result — states certify results, and Trump lacks the authority to stop them — but it could further split a divided nation.

“It scares me to death,” said Biden supporter Jim Bower, 62, of Glendale, Arizona, that Trump might “drag this out” well past Election Day and try to delegitimize the result if he loses.

Biden has said he would accept the result even if Trump wins. Many of the Democrat’s supporters, like Bower, agree.

“If [Trump] wins, he wins,” Bower said, before joking that if that happens, “my wife and I are moving!”