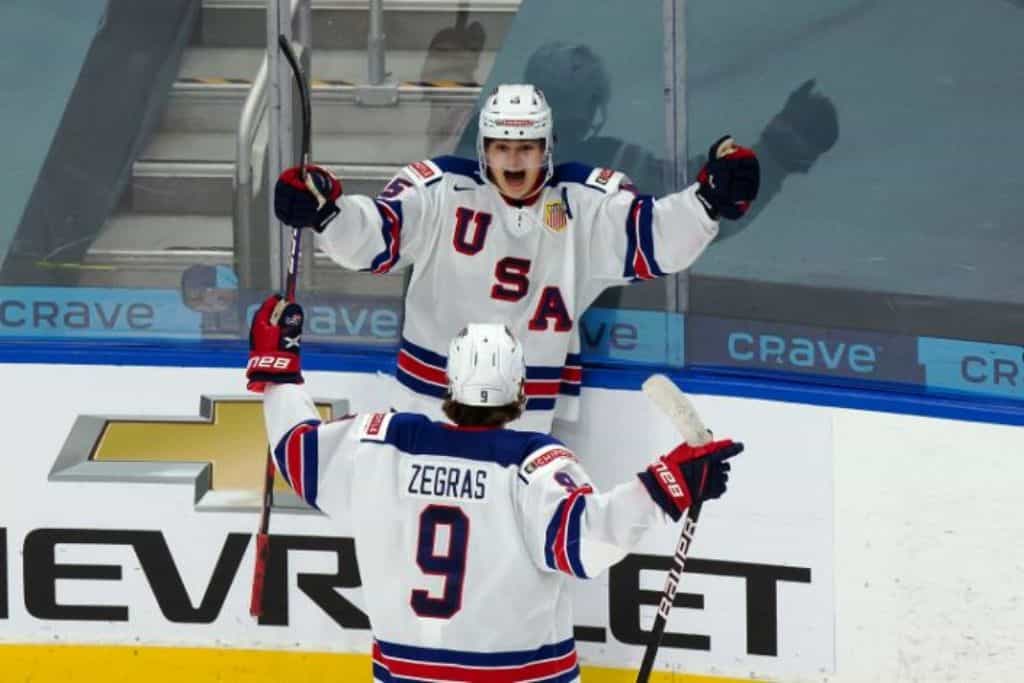 (Yahoo): It was on its way to establishing itself as one of the best world junior teams Hockey Canada has ever assembled. Tonight it tumbled quickly down the mountain it was scaling.

The United States brought Canada’s remarkable tournament bid to a screeching halt in Tuesday’s final at the 2021 IIHF World Junior Hockey Championship in Edmonton, winning its fifth U20 title with a 2-0 triumph over the host nation that was, before tonight, as close to perfect as it could be.

The win marks the fourth time the Americans have clinched world junior gold in a head-to-head matchup with Canada.

U.S. stars Matthew Turcotte and Trevor Zegras scored the first five-on-five goals versus Canada in the entire tournament to construct an early American lead and spoil the stats on standout Canadian netminder Devon Levi, who himself was submitting a tournament for the record books.

Levi had to be strong again to keep it close, but he was second-best compared to fellow Florida Panthers draft selection Spencer Knight, who made 33 saves for the victory.