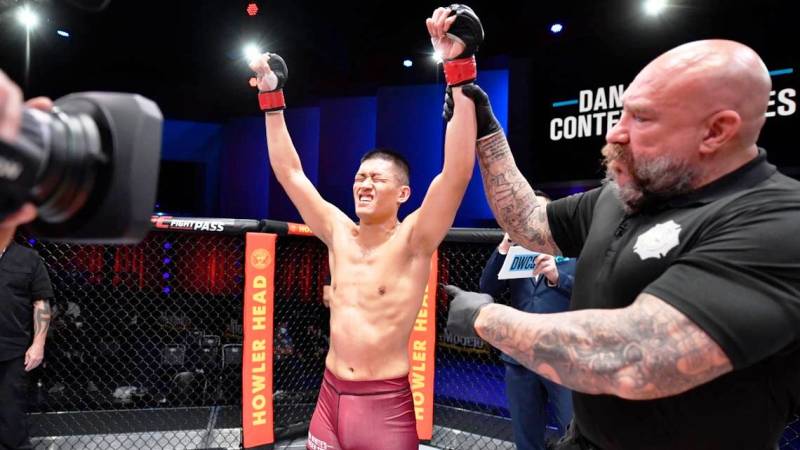 Wichita ( the Wichita Eagle): It was a bittersweet night for Wichita native Steven Nguyen back in the spotlight of the mixed martial arts world on Tuesday, fighting on the card of Dana White’s Contender Series. Nguyen thoroughly picked apart his opponent, Theo Rlayang, and scored a unanimous victory (29-27, 29-27, 30-26) in a three-round featherweight fight in front of the UFC boss in Las Vegas. It was a triumphant return for Nguyen, who suffered the only loss of his professional career in front of White in a Contender Series match in the July 2019. “Two years ago, I was here and I lost,” Nguyen said after his fight on the ESPN+ broadcast. “It was hard for me to bounce back, but it’s crazy to think now I’m here and I’m in the same arena, but I won. It’s a little emotional for me. It’s a great night for me. I’m very, very happy right now.”